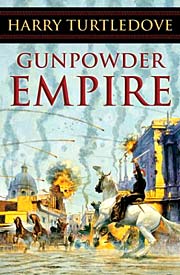 Turtledove, Harry. Crosstime Traffic
Summary: "Young adult" series involving teen-agers from a history in which crosstime travel has been invented and in the 2090s is being used to move trade goods between alternate Earths.
Series note: Series of six volumes, including Gunpowder Empire, Curious Notions, In High Places, The Disunited States of America, The Gladiator, and The Valley-Westside War.

Turtledove, Harry. Gunpowder Empire
Divergence: 12 BCE
What if: Marcus Vipsanius Agrippa lived longer, was successful quelling rebellions in Germania on behalf of the Roman Emperor Augustus, and became emperor on the death of Augustus.
Summary: In the late 21st century, two teen-agers from a crosstime trading family are stranded in frontier city of a Roman Empire that never fell, but in which technology has evolved more slowly. As they wait for crosstime transport to be restored, war breaks out with the Kingdom of Lietuva.
Series note: First volume of Crosstime Traffic.
Published: Tor 2003 (076530693XBUY), 2004 (0765346095BUY). 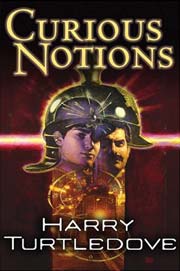 Turtledove, Harry. Curious Notions
Divergence: 1914 CE
What if: The Schlieffen plan worked and Germany knocked France and Britain out of the Great War quickly, then went on to dominate Europe by the end of the 1930s and defeat the USA in an atomic war in the 1950s.
Summary: Crosstime traders get into trouble in late 21st century San Francisco, when both the German Feldgendarmerie and the Chinese Triads notice their odd activities.
Series note: Second volume of Crosstime Traffic.
Published: Tor 2004 (0765306948BUY), 2005 (0765346109BUY). 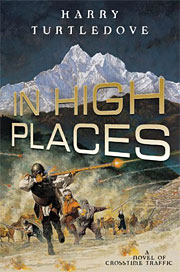 Turtledove, Harry. In High Places
Divergence: 1348 CE
What if: The Black Death persisted for decades and afterwards much what was left of Europe became largely Muslim. The rest followed the teachings of the Final Testament by God's Second Son.
Summary: A teenage girl from a crosstime trading family and a youth from the guard of the Duke of Paris are captured into slavery by crosstime criminals.
Series note: Third volume of Crosstime Traffic.
Published: Tor 2006 (0765306964BUY), 2007 (0765346273BUY). 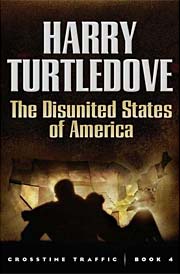 Turtledove, Harry. The Disunited States of America
Divergence: 1787 CE
What if: The Philadelphia Convention could not agree on a legislative power-sharing formula and so the Constitution was never ratified and eventually the United States broke apart.
Summary: In a fragmented North America, war breaks out between Ohio and Virginia, and two teen-agers (one from the "home" timeline and one from the alternate California) are trapped in west Virginia as a tailored virus and then military action strikes the town.
Series note: Fourth volume of Crosstime Traffic.
Published: Tor 2006 (0765314851BUY), 2007 (0765353784BUY).
Awards: Finalist: 2006 Sidewise Award for best long-form alternate history. 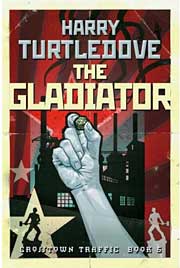 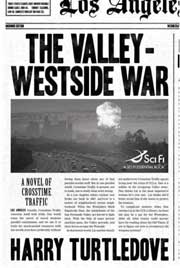